“Limouse was as fascinated by Delacroix as he was by Baudelaire whose Flowers of Evil he tirelessly illustrated, taking part in the campaign to rehabilitate the “censored poems”. The case papers, extensively exhibited at Menton, will greatly interest literary historians. These are not the only affinities between the two artists. Limouse undoubtedly cast an appraising eye on the Death of Sardanapalus (not to mention Géricault’s Raft of the Medusa), and I am certainly not belittling him when I compare the display screens at the Palais de l’Europe, arbouring a profusion of his canvases, with the Scuola di San Rocco...

I am not comparing these works from an aesthetic viewpoint, since painting has undergone such great changes with the advent of Romanticism for Limouse to be seen as a laggard disciple of that school. I shall confine myself to saying that, beholding these three canvases, I was overcome by their grandeur, and deeply moved. This owed nothing to a detailed description of the figures, nor to a sentimental or declamatory stance, but was attributable solely to a general tone blending power and drama. Only by the choice of the dominant visual effect and the particular composition laid on each canvas were our spirit and senses vigorously impelled towards this climax.” 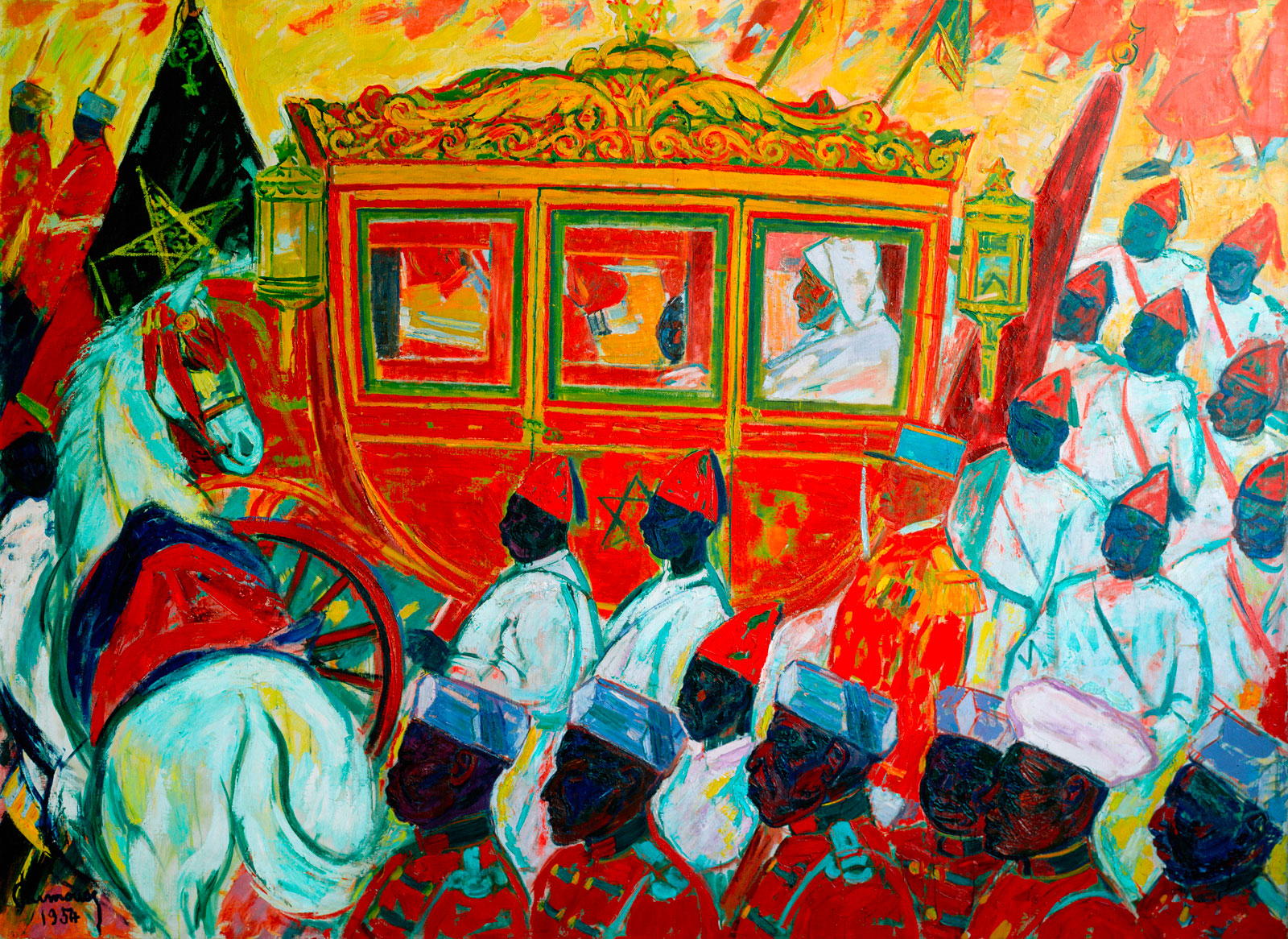 Well, I at least shall leave, contented quite,

This world where deeds and dreams show scant accord;

Let me both wield, and perish by, the sword!

Peter denied his Jesus... he did right!

This is one of Limouse’s most commanding compositions, which would eventually be reproduced with the laudatory Le Figaro review of his Menton retrospective in 1984. Like all great masterpieces, it has a universal theme transcending and outlasting the politically controversial circumstances which produced it, the universal theme here being Baudelaire’s poetic lamentation that actions are out of keeping with dreams. In the poem the hopes kindled by the coming of Jesus turn to bitter disillusionment when he submits passively to degradation and death. The subjective context moving Limouse to produce this striking visual endorsement of the poet’s quoted words was provided by the oppressively-intolerant colonial rule in Morocco, which filled him with outrage.

In his composition, everything conspires to conjure the illusion that we are contemplating a ruler enjoying the utmost autonomy and power: the glamour of the ornate centrally-placed coach, framing the imposingly hieratic side view of Mohammed ben Arafa (attracting an admiring glance from a soldier beyond the coach windows), the smart uniforms and total unanimity of the soldiers surrounding their leader. It takes time for us to discover the deception for, as he so often does, Limouse has decided to spring a surprise, planting an unobtrusive detail which does not at first assert its presence. But, as our eyes explore the serried ranks of marching soldiery, we suddenly distinguish in the dark-skinned multitude a single incongruously-inserted European colonialist: a high-ranking army officer in full uniform. He is the puppet-master, and the actions of those whose strings he controls are entirely at variance with their own inner intentions.

As is the case with not a few of his large didactic compositions, Limouse uses a dropped foreground to involve the spectator and, in the present example, to reveal the massed ranks of the army advancing on, then receding from the beholder. In this, one of Limouse’s most noteworthy depictions of a crowd in motion, the foreground figures are almost life-sized with the result that we feel drawn into the middle ground, where we eventually distinguish the all-important army officer. At the same time, on closer examination of the soldiers’ faces we discover how unprepossessing they are, how mindless appears their commitment to the collective advance.

Only the white horse to our left, chafing against an ineffectual attempt to manage him, is rearing with indignation at the army’s inexorable march. In contrast with the benumbed conformity of the troops, that horse is a prodigiously romantic figure, a perfect Baudelairean.